SarkCess Music has confirmed this year’s edition of the annual Rapperholic concert.

Tradition they say always goes on on the 25th of December 2015, this year’s edition of Sarkodie’s “Rapperholic Concert”at the Accra International Conference Center.

The event has lined up chat topping artistes in the year 2015. Pastor Ofori Amponsah is scheduled to appear as guest artiste on Sarkodie’s highly anticipated annual concert dubbed “Rapperholic Concert” and the duo would perform together for the first time.

The “Alewa” hit man will join a host of top stars who will perform at the concert. Sarkodie has also lined up great artiste such as Shatta Wale, Samini, VVIP, Jupitar, Bisa Kdei, and R2bees others for “Rapperholic Concert” 2015 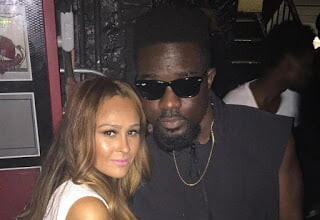