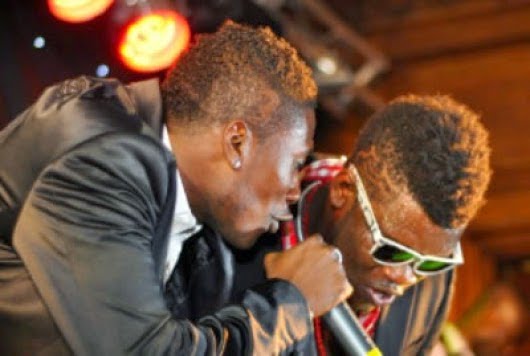 Management of Black Stars captain Asamoah Gyan's Foundation has expressed disappointment at how some opportunists are taking advantage and cashing in on hiplife musician Castro’s disappearance.

Some activities on the streets and on social media have caught the attention of Asamoah Gyan's Foundation which has released a statement on behalf of Asamoah Gyan and family of Castro.

The Management and Foundation of Asamoah Gyan have detected with much regret the use of the Ghana striker and his missing friend Castro for commercial purposes without authority.

Several books and pamphlets are being insensitively sold of the supposed death of Castro who till date remains missing.

Some unscrupulous individuals have also waged several social media campaigns in the name of Asamoah Gyan to con people into contributing funds for the family of the hiplife star.

These insensitive moves by these unknown individuals have incurred the wrath of the families of Asamoah Gyan and Castro. Moves are therefore being initiated to mitigate and stop these insensitive acts.

It is sickening to see all these publications, posters and other souvenirs being sold on the streets. They are highly insensitive and must be stopped immediately. We have reported the issue to our lawyers to take immediate action against these acts.

We have also written to the social networking sites where these corrupt campaigns to raise money are being waged to pull them down and report the individuals for prosecution.

We remain steadfast in our search for Castro but in doing that, we urge the public to refrain from any attempt to cash in on the situation.

Tamale chief wants women in Tamale sex scandal exorcised
Psquare, Davido donates to Orphanages in Cameroon, Ivory Coast
To Top
By using this site, you agree to the Privacy Policy and Terms of Use *LISTED HERE*