As a result, she has descended heavily on her former husband-Kenpong, call him all sort of names—and claiming that, for the 7 years they were together, Kenpong was never able to satisfy her in bed. In fact, she said, Kenpong has a tiny dingdong capable of doing NOTHING.

That was not enough, she called Kenpong’s current girlfriend-Mona (pictured above) a goddam wh*re—claiming that, Asamoah Gyan, Sulley Muntari, Emmanuel Adebayor and several others have all walked through Mona’s project-including some Sakawa boys.

It’s one hell of a disgraceful audio-from a Ghanaian woman who claims to be happily married to her former husband with whom she has a child with. 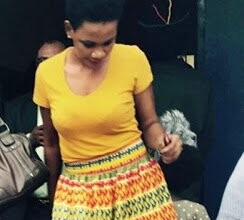 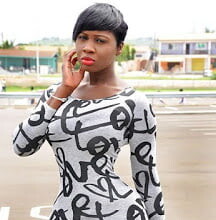 Be Bold and approach Me – Actress