This is incredible! Drake’s new album, Views, sold 630,000 copies in the first day of its release.

“I got a text message that we sold, like, 630,000 something records in one night,” he told the crowd. “That’s the first time I’ve ever done that s–t, so thank you very much!”

Sources at Republic Records later confirmed the astounding number, according to Billboard. The album is projected to sell more than 800,000 copies in the United States in its first week, which would set a career-best sales week for the Canadian entertainer.

The MC’s previous projects have all debuted at No. 1, including his first three albums (Thank Me Later, Take Care and Nothing Was the Same), a mixtape (If You’re Reading This It’s Too Late) and a 2015 collaborative effort with Future (What a Time to Be Alive).

If Views sells more than 800,000 copies in one week, it will be the 10th album to do so in the past decade. The last album to achieve that feat was Adele’s 25. 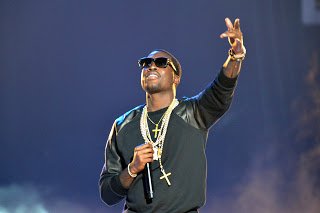