The word "Revival" connotes the idea or notion of bringing or restoring something back to a former or original state, and that is exactly what Ghanaian musicians E.L and Sarkodie are planning to do to the once dominant and prevalent Azonto genre or rhythm.

Azonto is a dance and music genre from Ghana.The dance originated from a traditional dance called Kpanlogo, associated with the coastal towns in the country such as Chorkor, James Town, La, Teshie, Nungua and Tema, in the Greater Accra Region. Songs in the Afrobeats genre are usually the ones dedicated to the Azonto dance. Other music genres, however, can also be used.

The dance involves a set of hand movements that either mimic everyday activities or are meant to amuse an audience. It began with one- or two-step movements but has been advanced to more complex and almost acrobatic movements. Just like most African dances, Azonto involves knee bending and hip movements. The dance has effectively evolved from a few basic moves to miming actions such as ironing of clothes, washing, driving, boxing, praying, swimming, and others.

As the saying goes "change is the only constant thing in life", and in as much as everyone fell in love with the azonto craze, it eventually cooled or died off as new trends emerged. Recently, there has been a movement on twitter by "Agenda boys", led by influencer Kalyjay (@gyaigyimii) to bring back Azonto. Sarkodie responded by dropping a song tagged "Fa Hooki Me", a term believed to have been coined by Kalyjay. The song featured Tulenkey and was an instant hit.

Following the success of the song, Sarkodie finally listened to his fans and decided to link up with E.L to bring back or resurrect azonto, since they were or are the pioneers of the rhythm/genre. The resurrection song aptly dubbed "Revival" is ready but hasn't been released yet out of solidarity to Stonebwoy who released his "Anloga Junction" album on Friday. Though unreleased, the #Revival has been trending on twitter since Friday morning, and tweeps just can't wait to hear the song that will be premiered today (25th April) at 6pm. 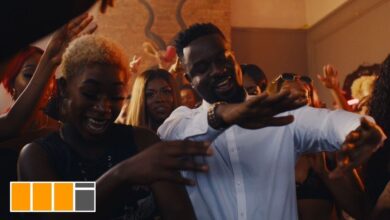