A female security guard has been gunned down at the Cape Peninsula University of Technology in an alleged love triangle.

It’s believed the mother of two died at the scene after four shots were fired into the room she was sitting in.
According to a source at CPUT, Mphafa was killed on Monday, and a female colleague was taken into police custody on Thursday.

The source said: “This thing started because they were both dating the same man, their supervisor at work.

“But this woman got jealous because Mphafa was serious with this man they shared. And that Sunday this woman had been acting suspiciously all day.

“That night she took a time sheet but logged in her times incorrectly showing there was a whole hour that she could not account for.

“And then just after midnight, she came in and told her co-workers she had just been shot at but managed to escape.

“When the police arrived and started questioning everybody, her story did not add up and a lot of people came forward and described her odd behaviour.”

Mphafa’s brother Luntu said that the family is disappointed and angry because authorities haven’t bothered to contact them.

“From what we understand she was sitting in the control room when a person came in and fired four shots into the room,” he said.

“We still don’t know what happened or who shot her because the case’s investigating officer has not bothered to come to us.

“This is a tragic loss for us, a breadwinner has been lost and her two children, the youngest being six, are without their mother and we still don’t know how.

“This happened in town, at the premises of a university and nobody has come to us. She was a security guard, yes, but she too deserved to be in a secure environment and be protected.”

Police confirmed that a murder docket has been registered for investigation.

CPUT’s spokesperson Lauren Kansley said: “Available information leads us to believe that the incident was related to a personal matter.

“CPUT Security Heads and Management are liaising closely with SAPS and the investigating team.” 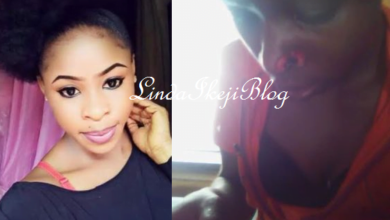