Rapper Joe Frazier thinks some Ghanaian musicians are not relevant now as they were during the days of Azonto.

The musician who returned to Ghana not long ago after his recent trip to France speaking on Happy FM accused the current crop of musician of releasing garbage for their followers to enjoy.

“Some people force themselves to be musicians even though they are not, just because they want to be famous. It wasn’t like that during our days when we started. We suffered before even getting someone to help us come out.

We spent time on our songs back then but this time, an engineer just calls an artiste and something is done that very day because the artiste will just sing anything and they are good to go.

Most of the young guys do not know what is music. What they know is Azonto is trending so let me go that style.”

He mentioned Akwaboah Senior, Ampadu and other old folks as musicians that Ghanaians still enjoy their songs because they took time to produce good songs. Joe Frazier then named Stay Jay, Atumpan, and Nana Boro as musicians who are not heard again after Ghanaians lost interest in Azonto songs.

According to him, these three musicians became relevant during the azonto days but are nowhere to be found after Ghanaians kick away azonto.

“We still enjoy songs of the old musicians even though some are not alive. Lets even ask the whereabouts of some of the guys who were on top during azonto days. Azonto died with most of them. Somebody like Nana Boro, his song like “Aha aye de”, azonto went with it. Atumpan is also not heard in the system again after his small girl song.

Most of the guys run after azonto because it was reigning so they’ve also died with it.

Where’s Stay Jay after Azonto. There are certain people I won’t listen to their songs because they do not make any sense.

We still have Obrafour, Okyeame Kwame and Reggie still in the game” Joe Frazier opined 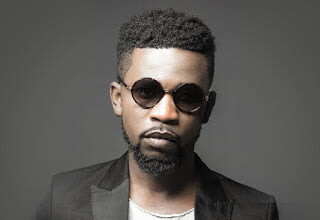