The Director-General of the Ghana Education Service (GES) is angry over claims that he demanded a payment of ¢62 from each interviewees seeking employment in the Service.

Potential employees of the GES who were shortlisted for an interview were reported to have paid some monies into Jacob Kor’s personal bank account.
However, Mr Kor has denied anyone paying any monies into his personal account but rather into the account of the Service. ‘‘If you go to my personal account now, you won’t get more than ¢2000 because I have used all to pay my children’s school fees and for other people’s children. I have to because other people took care of me,” Mr. Kor said.

“All I need is my dog meat and my Tuozaafi and I am okay. I don’t need plenty money. A good name is better than riches and I prefer to go back to my village poor with a good name than to go back rich with a bad name,’’ he added. He was speaking to Joy News on the sidelines of the 10th Conference of Heads and Managers of Ahmadiyya Muslim Educational Institutions in Ghana (CHAMEIG) in Wa.

He urged the participants to demonstrate quality leadership and think outside the box to propose new ideas to improve the quality of teaching of learning in schools.

The Ameer and Missionary in charge of the Ahmadiyya Muslim Mission in Ghana, Maulvi Mohammed Noor Bin Salih underscored the importance of education to man as it helps people from different, religious, ethnic and political and political background to live together peaceful. 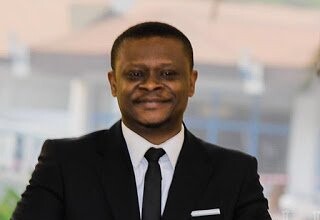