Contemporary gospel artiste, Joe Mettle says he does not believe in sex before marriage.

According to him, it is always in ones best interest to wait till marriage before indulging in any sexual interaction.

“No I do not believe in sex before marriage, it is a sin and I believe that there is more to relationship than just sex.”
“There are so many things you can think or talk about. There is life to discuss as well as the future,” he said in an interview with livefmghana.com. The one time Male Vocalist of the year advised that partners who are not married should rush to do anything.

“Just take your time, I know it will not be easy because we are human but with the help of God, it will be possible.” Joe Mettle endeared himself to many when he released his debut album, My Gratitude, last three years. Since then, he has released many songs for his upcoming second album.

The songs are Medo Wo, Sound of Praise, I Came To praise, Sumsum Bra, I am Yours, Power of Prayer and Saved With Amazing Grace (S.W.A.G).

Joe Mettle is a recipient of the Male Vocalist of the Year, Best Gospel Song Writer and Best Video of the Year at the Ghana Gospel Industry Awards in 2012. 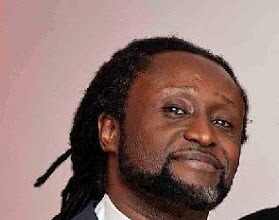 I did moonwalk before Michael Jackson even learnt it – Reggie