Actor John Dumelo’s strong support for the governing National Democratic Congress (NDC) and President John Mahama’s government has never been in doubt.
From appearing in campaign adverts, jumping on campaign platforms to recently announcing that the NDC had fulfilled its promise to fix the power crisis (Dumsor) while presenting an award at the 2015 Ghana Movie Awards, John’s political stance and views are more than clear.

But now, the genuineness of that support for the NDC is being questioned not by the NDC but by the opposition New Patriotic Party (NPP).

The issue of John Dumelo’s loyalty to the NDC has been the subject of intense debate on social media, forcing the charismatic actor to fight for political breath. Loyalty to one party could simply kill your career!

Last week, the fine actor tweeted that: “I have nothing against Nana Addo, but I only see one person being sworn in come January 2017 and it’s not him (Nana)”.

Harmless though it might seem, the comment by John, who is known for his roles on screen and not politics, has triggered a wave of uncomfortable debates between John and the party Nana Akufo-Addo leads, the NPP.

A Personal Assistant to the NPP flagbearer, Francis Asenso-Boakye, was swift to call the actor’s loyalty and credibility to question.

In a post on Facebook, Mr Asenso-Boakye reminded John of a meeting he held with Nana Addo where he declared his intention to support and campaign for the NPP flagbearer.

He alleged that the actor said during a meeting some few months ago that he was “disappointed in the President for supervising a corrupt and incompetent administration.”

“For which reason, you offered to go round the country and propagate the good message of Nana Akufo-Addo and the NPP,” Asenso-Boakye added.

Now caught in a political web and in attempt to free himself, John Dumelo replied in a tweet that

I never met Nana Addo secretly. The last and only time I saw him was in 2014, 2 clear years ago. #ichoosejdm.”

Francis Asenso-Boakye, clearly not finished with John yet, was back on Facebook to give the actor evidence of the meeting.

He posted a photograph of Nana Akufo-Addo, John Dumelo, himself and a fourth person.

“I see u are determined to stay on the course u have shamelessly embarked on. Very well, I will leave you to your fate.

“However, do permit me to submit this piece of evidence of your meeting with Nana Akufo-Addo. I’m sure it will refresh your failing memory.

“Let me reiterate the words of Nana Akufo-Addo to you: be a good role model!”

John, who was also not ready to go down easily, tweeted shortly after that: “Do we pose and take pictures if we met secretly? I met Nana in 2014 and I’ve met JDM. #ichosejdm”. 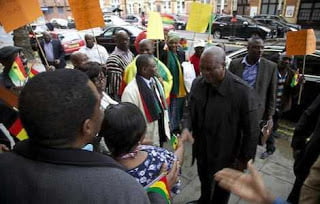 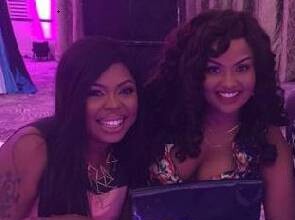