In a comprehensive interview with Pluzz FM Thursday, Shatta refuted rumours claiming that he is the one behind the circulation of the naked pictures on some social media platforms.“I respect Mrs Hanson so much so why would I do that to taint her reputation while I have to push my Kakai and Mahama song, I want to clear the minds of Ghanaians that the alleged naked photos is a frame up thing to put me in the picture because of my brand.”

Bulldogs wife yesterday alleged that Shatta Wale leaked her naked photos he found on a laptop given to Bulldog, her husband by the Dancehall Commander Singer as a gift.

Narrating his side of the story, he said; “The Apple laptop was my personal laptop, I bought it for 7,000 dollars and is for the Shatta Movement Family which I gave out to Bulldog to use for my official work. It’s never true that I gave it to him as a gift.

Wife of Lawrence Nana Asiamah aka Bulldog yesterday said Shatta Wale’s Shatta Movement Family had naked pictures of her and she was worried it will soon hit the public.

“My heart is troubled because of a lot of things going on. My n*ked pictures are out there. About 40 or 80% of Shatta Movement family have my naked pictures. It’s not on Facebook. Shatta has those pictures. I got to know of it about two weeks ago,” she told host, Sammy Flex.

Speaking on Pluzz FM’s AM Pluzz , she claimed she has seen some of the pictures from some people already and most of the people in her Adabraka vicinity are aware.

Ugandan Comedian Has ‘Sex’ On Stage 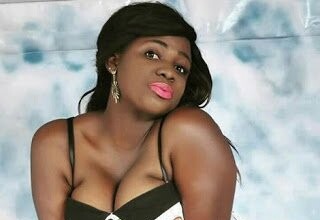 We Go Naked In Movies To Advise People – Actress