Amid the fear of the Ebola virus in Nigeria, an 18-year-old boy in Ovia, North East Local Government Council of Edo State, has confessed that he has bonked five dogs.

The boy who is said to be a dog lover is a welder by profession.

He confessed to Sunday Vanguard that he had slept with different dogs five times until this last episode. It was alleged that a member of the community was passing by an uncompleted building when he sighted the boy making love to a dog and raised an alarm which attracted the villagers.

Following what the villagers described as an abomination, the head of the community, Elder Clifford Igiehon, who was invited to the scene, expressed shock over the incident he described as a taboo.

The suspect at the Edo State Police Command Headquarters, Benin-City, said he did not know what was wrong with him, admitting that he enjoyed sex with five dogs while two bit him during the act.

“I learnt welding around Iheya. I don’t know when I slept with the dog. I slept with dogs five times. Some of the dogs bit me, I have been bitten two times and each time I have a dog bite my grandfather will treat me. I don’t know what is wrong with me”, he told the police.

Asked about the tactics he deployed to attract the dogs, Ighodaro stated: “When I call them, I will be rubbing their heads, petting them so that they will feel free with me. I will be playing with them and they will follow me.

“They will bark at me some times, and when I notice that it is serious I will leave them. Any one that is friendly with me, I take that one to an uncompleted building and have sex.”

The suspect, who was asked about his girlfriend, said he broke up with her last year and started making love to dogs this year.

Edo State Police Commissioner, Foluso Adebanjo, who reacted to the incident, narrated: “It was the people of that community that arrested the boy and called the police. He was taken to Owotubu Division before he was transferred to the state Police Command Headquarters. What he has done is classified under Unnatural Offences, Section 214 Sub-Section Two, which says that any person who has carnal knowledge of an animal is guilty of a felony and is liable for imprisonment for 14 years if he is found guilty. We are going to process him for court. You can see that the guy is not denying anything.” 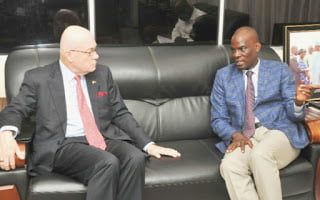 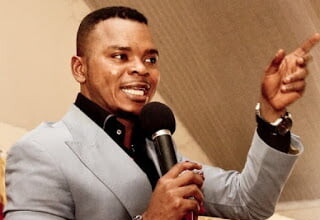