Media icon Kwasi Kyei Darkwah has revealed to Starr FM’s Kobby Gomez-Mensahthat after having consensual sex with a 19-year-old girl, who now claims he raped her, they both had drinks together.

The CEO of the Finest Productions is, therefore, wondering why the young girl has filed sexual assault complaints against him after the two of them had fun together.

Similarly, KKD’s lawyer, Nana Asante Bediatuo as well as friends and family members of the ace broadcaster have expressed amazement at the allegations of the teenage girl.

KKD was arrested Saturday December 27 by the Airport Police Command following a complaint of the teenage girl.

While the complainant insists KKD sexually assaulted her, the fashion icon also insists the two of them had consensual sexual intercourse and even fraternised over some drinks after the intercourse.

KKD, who is a father of two teenagers – a girl and a boy – will be spending another night in police custody until investigations into the case are over.

Rape is a non-bailable offence in Ghana. Convicted rapists face between five and 25 years in prison. Shatta Wale explains why he wore the ‘fake Adidas’, He even plans to wear it again! and again! 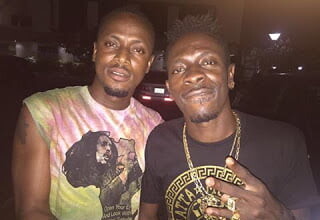