Starrfmonline can report that the victim in the KKD rape saga has withdrawn the case from court.

KKD, real name Kwasi Kyei Darkwah is standing trial for allegedly raping a 19-year-old girl, a charge he has denied.

But the victim, Ewuraffe Orleans Thompson Monday January 12, wrote a letter to the Public Prosecutions at the Attorney General’s Department stating that she was no longer interested in pursuing the case in Court.

According to Orleans Thompson, she wants to put the whole saga behind her and reorganise her life saying “God will give her justice.”

The two-page letter, was also copied to the Chief Justice, the Registrar of the High Court and the top hierarchy of the Ghana Police service.

KKD, who has been on admission at the Police hospital over a swollen foot was not in court today. 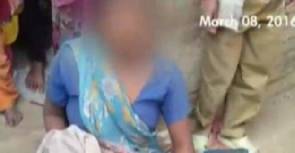