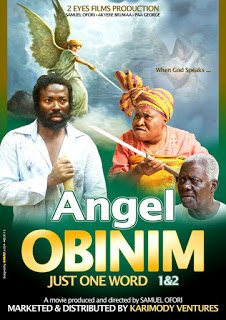 Information reaching seancitygh.com indicates that a leaked poster of the movie has generated a lot of heat in the camp of bishop Obinim.
According to seancitygh.com furious Bishop Obinim has threatened to deal ruthlessly with the movie producer in his own way.

“If he wants to subject my hard earned reputation into public scrutiny then I will also make sure he goes bankrupt", he stressed.

"He will auction majority of his properties, he will beg to eat", he said. But few people who have had a glance of the movie say the movie is a full biography of the bishop, where he comes from and how he started his ministry.

The movie also questions the credibility of Bishop Daniel Obinim. Several attempts to get the producer to react to this issue has proved futile. Alleged video of Joyce Blessing fighting for custody of her kids? I am the originator of Azonto, Sarkodie "perches" new artists to stay relevant - Gasmilla