For some time now we’ve come across numerous event posters indicating Opanka is to perform at certain events which according to him, he has got no knowledge about.

This is disappointing, as some of his fans troop to such events to see Opanka, only to realize the organizers never booked him, but only used the rapper’s image to promote or hype the event.

An angry Opanka has however taken to social media to warn organizers involved in this act. In his own words, he said;

Those putting my Image on their posters n shows without my concern BEWARE… To Book Opanka to Perform on ur Show… CALL: 0246705695 or EMAIL: [email protected]
Posted by OPANKA on Thursday, December 10, 2015

TeePhlow - Weather no (Prod. By Slimbo) Opanka – Take It Back Sarkodie Cover Opanka – I Got The Keys (Dj Khaled Remix) {Download mp3} 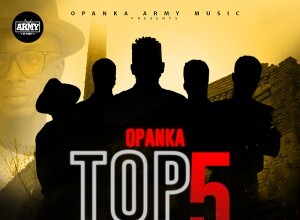