Charterhouse has responded to the allegations in the press statement below:

In the post, Screw facealleges that he did not win his 2007 Ghana Music Awards Discovery of the Year nomination because he refused to pay a bribe supposedly demanded by an unnamed staff of Charterhouse Productions.

The organizers of the VGMA’s would like to state on authority that this claim is unfounded, reprehensible andtotally fictitious.

At the eight edition of the Ghana Music Awards in 2007, “Bue Bue”, a breakthrough track from Screw Face which featured Castro, earned the former a nomination in the discovery of the year category. In the running for that award as well were Ewura Esi, Ohemaa Mercy, Abigail Bedjabeng and King Ayisoba, who won the category with the track “I want to see you my father”. King Ayisoba would go on to win the traditional artiste of the year and the most popular song of the year, which was the biggest honour of the night at the time.

Screwface accepted defeat and even congratulated King Ayisoba as evident in an interview he granted ghanaweb.com few weeks after the event.

“The young musician who was nominated for the 2007 Ghana Music Award as a Discovery of the year but lost the award to King Ayisoba said he doesn’t feel bad losing that award BECAUSE HE THINKS THE WINNER ALSO DESERVES IT. According to him, to be nominated in a category brings you to the lime light and everybody notices your effort”

We are in the dark as to why Screw face would disseminate such an atrocious fabrication 10 years after he lost out to King Ayisoba. But what we do know for sure is that deep down hisheart, he knows that nobody asked him for any bribe, because no one individual can make you win anyVGMA category.

Except for the special recognition categories which are usually non-competitive and given to honour an industry great in collaboration with the Musicians Union of Ghana, all other categories are won exclusively by the combined and compiled results of the VGMA Board and Academy voting as well as the votes from the general public.

The collation of these votes is done by the worlds’ second largest accounting firm, KPMG, who would NEVER compromise on their hard earned integrity for any musician, the VGMA board or event organizers, Charterhouse.

Yes, sometimes we may not totally agree with the winner of a category, especially when that winner isn’t our favourite artiste, but that is the process of all the votes as diligently compiled by KPMG-event statisticians. No one sees these results until the sealed pack is delivered live onstage by the team from KPMG.

So how could anyone have taken money from Screwface to make him win the 2007 discovery of the year category? Or is he perhaps alluding or alleging that King Ayisoba won because he paid a bribe? The same person he had earlier granted interviews to commend?

Daddy Lumba, Kojo Antwi, Lord Kenya, Reggie Rockstone, Kwabena Kwabena, Okyeame Quame, Ofori Amponsah, Becca, Efya, Sarkodie, Shatta Wale and a lot more industry greats have all won a GMA plaque at some point in their careers. Is Jehoshaphat Eshun suggesting that they won because they paid bribes? Thank God they are all alive totell their winning stories.

It is a very unfortunate assertion and a cheap publicity stunt from an artiste who is clearly desperately seeking attention after years of a lacklustre career. Our advice toyoung Jehoshaphat Eshunis to return to the studio, release a great track and hopefully he can become the star he so desperately wants to be.

Regarding this ludicrous and totally fictitiousbribery allegation,it would be in his best interest to either prove it or shut it, before he’s asked to prove it in a court of competent jurisdiction.

The VGMA’s welcomes discerning and varying opinions and does not seek to gag anyone with any genuine concerns related to the scheme. Abuse of any kind, false allegations that seek to defame and denigrate the brand in any way, will however not be tolerated”. 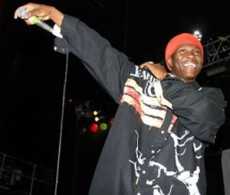 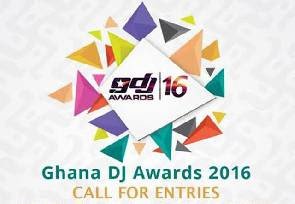 Open nominations for the 2016 edition of Ghana ”DJ Awards”