UK-based Ghanaian duo Reggie N Bollie say there was no way their music career would have flourished to an international level if they had stayed in Ghana.
They have attributed their success – in terms of music, fan base and finances – to emerging second in the X Factor UK reality show.

Reggie N Bollie were reacting to comments by some entertainment critics that they were big artistes in Ghana and, therefore, getting onto a platform like X Factor UK was not right.

“The people who have that school of thought, I think what they would have to understand is that, yes we were popular in Ghana but we were looking at a worldwide audience, we just didn’t want to keep our talents in Ghana. What we have achieved within the past six months after being on X factor, we couldn’t have achieved that with our entire music career in Ghana,” Bollie said.

Reggie N Bollie made it to the final of the X Factor UK 2015, but lost out to singer Louisa Johnson, who won the £1 million prize money.

A month after the X Factor UK, entertainment mogul and judge of the reality show, Simon Cowell has signed the pair to his record label ‘Syco Music Entertainment Global’. The label said in a tweet that, Reggie N Bollie “will release their album later in 2016”.

In an interview with KMJ on Daybreak Hitz (Showbiz Review) on Hitz FM, Reggie N Bollie revealed that the deal is to record an album with the label but declined to reveal how much it was worth.

Reggie said, “By the terms of the contract we cannot reveal the amount of money involved but what I can tell you is, it is way bigger than any contract we both signed in our lives or anything we have earned in Ghana.”

“The contract is for just one album, after that, if the label still wants us or we want the label we will work, if we are both not happy, we go our separate ways, at the moment, to have an album deal from Syco means a lot,” he added

When asked whether they were expecting the deal after the competition, Reggie said, “since day one of our audition we felt in our hearts that we were winners and whatever came after that was a bonus. Honestly, we did not go there thinking of a record deal, we went there making sure that we can build a fan base and then work on that after the show.”

Reggie N Bollie rubbished reports that they were not given an opportunity to portray the African roots on the X Factor UK stage but rather were made to do more pop songs which is a UK-based genre.

“That is not true at all, even on our first audition we said that we were from West Africa Ghana and all along everyone in X factor from crew to the managers knew we were from Ghana, the fact that we live the UK does not mean we are not from Ghana,” Bollie said. 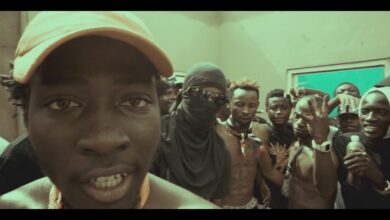