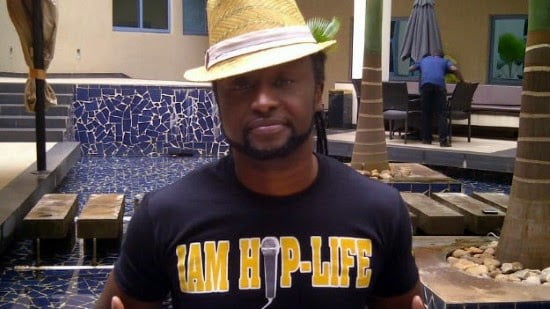 Veteran and respected producer and sound engineer, Roro, opined recently through his Facebook wall that, the latest single ‘Selfie’ released by then VIP now VVIP, is a substandard song and that he is highly disappointed.

First, you Roro, you are not my co-equal. Two, when I started making music, you Roro, you had not even bought a drum machine! Three, am I a sound engineer? Four, Roro, if you hear say something no correct about your brothers dema music, you could not pick your phone and call us and tell us that there’s something wrong so we should bring it for you to tighten it so we can also part something (money) to you.Or you (Roro) can say the mix is not correct cos you are a professional. Roro did not do that, instead, you took your opinion to the media; what importance will that bring? Why do you go to the media and say that? You Roro, you have not made a cut for how long……you have recorded Promzy since he left VIP.

Where is Promzy’s song? Who has heard it? Have I resorted to the media to say anything? Have I said the song Roro recorded for Promzy is a…..This is a short cut for publicity and it’s a cheap publicity stunt. We (VVIP) do not respect it and he has also broken the oath of brotherhood and friendship”

Roro came on the line and had wanted to react to all Reggie had said but, mad Reggie continued and when he was prompted by the host, he said “I do not have any wish to speak to Roro! If Roro wants to speak to me, he should go back to the media where he took the story to.

I have no intentions of speaking to Roro! Roro is a friend and a comrade but I’ve lost absolute respect for him. You now want to talk to me on the line? For what? You could have called me to talk on this issue. I do not want to speak to Roro.”

Speculations have it that Roro is currently recording fall out member of VIP, Promzy, hence, his comments could be motivated by some hatred for the now VVIP with the GrandPapa of Hiplife, Reggie Rockstone as a new member.

In life, no matter what you do, people are just going to hate on you; sometimes, for no reason. So whatever it is you like to do, keep doing it and forget the haters.