Two weeks after the release of his hit single “Ayenlo”, Samklef is out with a viral video to whet our appetite pending the release of the official video. Directed by Samklef himself with an iPhone 5s and iPhone 6, the video features cameo appearances from Ice Prince, Skales, Terry G, Sina Rambo, Ifeoma the dancer and was shot on set in Lagos and Johannesburg, South Africa.
DOWNLOAD VIDEO MP4

Samklef – Give Thanks ft. Victor AD (Prod. by Samklef) 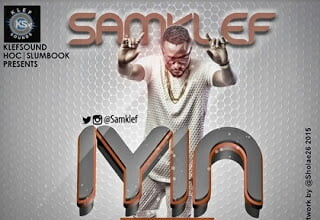