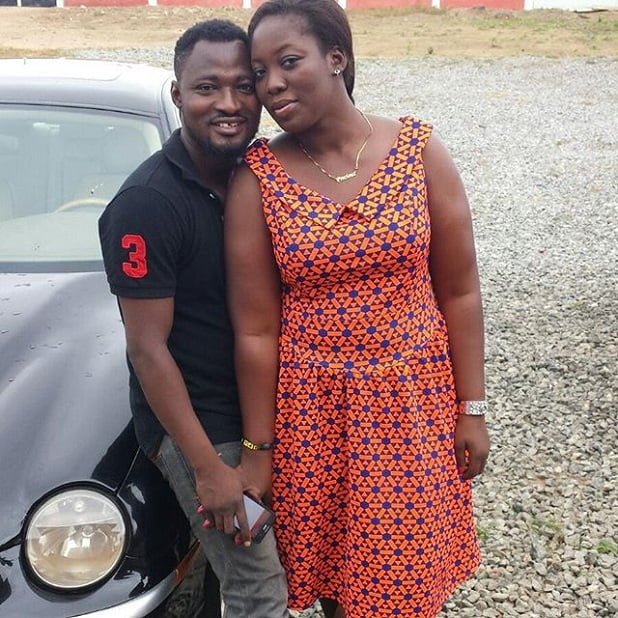 Funny Face’s marriage to wife, Elizabeth Nana Adjoa Ntim hit the rocks 7 months ago but both had been quiet over the issue until the comedian confirmed it this week.

These questions have brought about many revelations about the 2-year marriage which just came to an end.

A friend of Funny Face whose name is not known yet in a lengthy conversation with Ghanacelebrities.com has revealed several reasons why Funny Face’s marriage to Elizabeth Nana Adjoa Ntim did not work.

The man in the interview revealed that he once slept with Elizabeth Nana Adjoa Ntim before she even married the comedian.

He also added that the lady in question slept with her ex two days after she had her secret traditional wedding with Funny Face.

On the part of Funny Face, the friend alleged that he once hit his wife due to her constant cheating on him.

Listen to the 23-minute interview attached.