On her third studio album Celia, Tiwa Savage deftly infuses Afrobeats with a feminine impulse, rhythmically exploring the many facets of womanhood. “Celia is my mum’s name and I wanted to pay homage to her,” Tiwa tells Apple Music. “She embodies everything that this album is. It speaks to a strong, modern African woman. This album is Afrobeats from a very female perspective. It’s an extension of the African woman: she still values her culture and her upbringing, but she’s also well-travelled, so it’s blending those two worlds. I want every woman that listens to this to feel attached and connect to it.” Reflecting on the album, Tiwa walks us through the process and inspiration behind each track.

Stream and Download: Celia Album by Tiwa Savage on all platforms

“This is one of those songs that goes straight for the gut. I want you to press play on this album and it hits you straight in the jugular. ‘Save My Life’ is a very Afropop song about a girl asking her love interest to take her to the highest levels of euphoria. Literally, ‘Your love is the only thing that can save my life.’”

“Having Sam Smith on my record is so surreal. ‘Temptation’ was actually written by Fireboy DML. He wrote the record and I fell in love with it. Not only did God answer my prayer and give me the one artist I wanted on this record, but Sam killed his verse. It’s amazing!”

“This song has a very strong Afrobeats bounce and it’s got a very bossy attitude. It just says, ‘Nobody messes with me and my money.’ Naira was the perfect person ‘cause he doesn’t play around. He comes on and says, ‘At one stage in our lives, we’ve all done something bad, so don’t judge me and I won’t judge you.’ It’s such a cool record and it’s definitely gonna get people’s attention. I really want everyone to pay attention to Naira’s lyrics, they’re so clever and witty.”

“I feel like a lot of people misunderstood ‘Koroba’. This is music and entertainment but even while I’m entertaining you, I’m passing a message. If a young girl falls in love with a rich man or a politician, she’s instantly labelled a hoe or a prostitute. It takes two in that relationship, so why is the man not being labelled that way…why is it only the woman? A lot of the time in these situations, the politician is married—and a lot of times our politicians embezzle our money. You’re saying that this girl is bad for sleeping with this guy for money, but isn’t the guy even worse for stealing money from our country and spending it on young girls? That’s what ‘Koroba’ is about: we spend so much time putting women down for their actions and we don’t hold men accountable for theirs.”

“‘Bombay’ is about a confident girl who’s just like, ‘You ain’t never gonna get a badder bitch than me. This is it—this is the best you’re going to get.’ I wanted Steff on this record because she’s beautiful and she’s a boss. Dice is such a perfect complement to that ‘cause his sound and vibe is so incredible. It’s an unexpected collaboration—all three of us on a record—but when you hear it, it makes perfect sense.”

“This is such a different vibe. It’s very R&B, but also Afrobeats—the perfect blend of those two worlds. It’s about a love that’s too good to be real, and you know that, but you’re just addicted to it. It’s like sugar: it’s sweet, but too much of it is bad for you. I feel like a lot of women have been in this situation; your friends have warned you about him and you start hiding when you hook up with him, but then you cry to them when he breaks your heart.”

“Everybody knows I do love songs, so I had to have a love song on here. Davido is also known for giving us great love records like ‘If’, ‘Fall’ and ‘Fia’. He was the perfect person to have on this. It was co-written by Maestro, Peruzzi and me, and it’s a girl saying a guy is the first thing she thinks of when she wakes up and he’s the last thing on her mind. It’s literally just a beautiful love song.”

“‘Us’ is actually a full song. I wanted it to have a special moment on the album because it’s the first time I’ve addressed my separation from my husband on a song. I wanted to put it in a song because there’s something about writing lyrics and putting them to music that gets your attention more—and it lives longer, too. I wanted people to know that there’s no blame or hard feelings. We literally tried our best and I don’t want anyone to walk away from this thinking we hate each other, because we don’t.”

FWMM (F*CK With My Mind)

“This feels like a very pop song, sonically. I’m basically saying, ‘I am who I am with or without you, so you’re either with me, or you’re not.’”

“‘Pakalamisi’ is for that girl that just wants to drown herself in her sorrows. Someone just broke her heart and all she wants to do is lock herself in her room and get high and drunk. My manager introduced me to Hamzaa’s music. I thought she was incredible and really wanted her on the album. I did my part and she sent these amazing, crisp vocals. There’s amazing songwriting on here as well.”

“‘Attention’ is just me telling a guy, ‘Don’t get it twisted…there are other guys out there. If you don’t get your act together, I’m gonna get love from somebody else!’ It’s definitely a female anthem; I wanted women to have an anthem that they can literally sing word-for-word and feel connected to.”

“‘Glory’ is a deep song. Sonically, it’s Afrohouse, but lyrically it’s very deep. I’m talking about me not being scared to pursue my destiny. I think a lot of people don’t fulfil their purpose in life because they’re scared. ‘Glory’ is basically saying, ‘I don’t know about anybody else, but all I want to do is live to tell my story.’ It’s also a prayer, saying, ‘I want to smell my flowers while I’m alive.’”

“‘Celia’s Song’ is a prayer. The words in here are a lot of the words she says to me when I feel like I can’t go on. My mum supported me doing music when everyone said she was crazy. I know that every time I’m feeling down and think I can’t do this anymore, she prays for me.”

User Rating: Be the first one ! Kwesi Arthur – This Is Not The Tape, Sorry 4 The Wait II [Full Album] [Stream/Download] 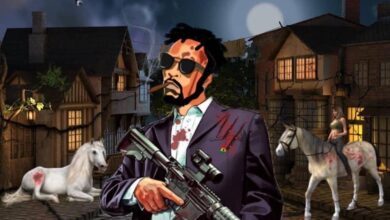 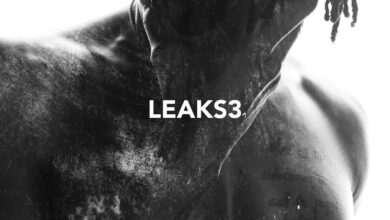