A white waiter in Virginia was fired on January 1st 2015 after he left a racist remark on the receipt of six black restaurant customers.

It was supposed to be a night of new memories in a new year with six old friends. “At the end it kinda ruined it for us,” said Ta’les Russell. And what ruined it is spelled out in black and white on paper. “All capital letters, just right there. I just did a double take. I was like, ‘Wow.’ It was just a shock to me,” said Justyce Hill. The word “N—” was typed on receipts to describe six black friends who came to Shatila Lebanese Grill and Hookah for New Year’s celebrations. “I went to sleep thinking about it; went to sleep upset about it and woke up upset about it,” said Jasmine Tucker. After the group asked their server for separate checks, the server labeled them in the most disgusting way. Hill tells News 8 they tried to confront the busy server. They said they “tried not to make it a big deal.” The friends had just come from a New Year’s Eve church service.
They wanted to celebrate together, but instead they left shocked and disappointed. “Knowing me I would have acted a fool if I didn’t have my head on straight,” said J’Vaughn Flippin.
News 8 sat down with an embarrassed owner of Shatila. “I’m just sorry, man… I’m just sorry,” Mike Salame said.
Salame says that server was only there a week. He had already received two complaints and Salame says he was waiting for this third strike. “It’s very very improper. There is no exceptions at all. That’s why when I found out, on the spot, I terminated him…on the spot,” Salame said. 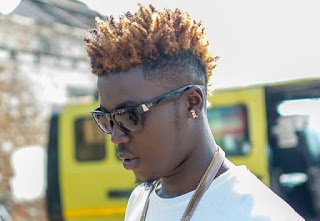