Highlife Legend, Daniel Amakye Dede wept uncontrollably at the Cardiothorcic Unit of the Korle Bu Teaching Hospital when he was informed of the death of his manager, Isaac Yeboah.
The highlife legend, his manager and his bodyguard were involved an accident at the Bunso Junction on the Accra-Kumasi Highway where they had gone to performed at the Paradise Rest Stop in the New Year.

While his manager, Isaac Yeboah died on the spot, his bodyguard who sustained injuries at his ribs is still on admission at the 37 Military Hospital. Amakye was transferred from the Hawa Memorial Hospital in Osiem where he was taken to after the accident to the Cardiothoracic Unit for further treatment.

The doctors at the facility did not want to inform the musician of the death of his manager who was once an editor of the P&P newspaper and also an entertainment critic.

To this end, everyone on a mission to visit Amakye at the facility was given enough medical briefing before being permitted to see him at the hospital, lest he breaks the news to him accidentally. And Adomonline.com gathers that the doctors after considering his medical condition decided to break the unfortunate news to him today of the passing away of his manager.

“Amakye Dede wept uncontrollably when he was informed of the death of his manager as he was someone who was very close to him…,” Adom News’ Nana Osei Ampofo Adjei told Adomonline.com.

The News Anchor further reported that the body of the late Isaac Yeboah was is on its way to Accra before it would be transferred to Takoradi. 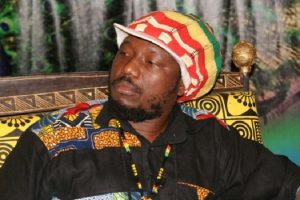