There seems to be a lot happening behind the veil.Ghanacelebrities.com broke the news that Mona aka Hajia4Real is currently pregnant in the United States and the baby is due in a few weeks.

Beyond that, Ghanacelebrities.com can also confirm that, the sort of Putin-Obama rivalry and animosity that existed between Amanda Acquah and Hajia4Real has been squashed and the two who were literally on the neck of each other are now friends.

Interestingly, both Amanda Acquah and Hajia4Real have confirmed to Ghanacelebrities that they’ve smoked the peace pipe.

According to Mona, life is too short to keep such things hovering around—and therefore when Amanda made efforts to approach her people to apologize, she saw it prudent to let go.

Both Amanda Acquah and Hajia4Real shot to fame when Amanda dropped an audio missile, insulting Mona and calling her all manner of unprintable names—to which friends of Mona also responded, causing a Ghanaian social media chaos.

As to how long their friendship will last, only time and patience will tell… 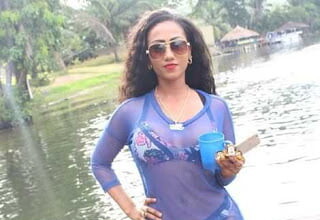 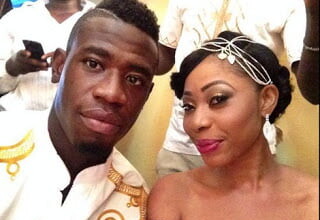