Renowned and Embattled music producer and sound engineer, Appiah Dankwah popularly known as Appietus by industry persons got an appointment as the ‘Talent Discovery and Development Director’ in the newly elected executives for the next four years.

The 2nd time president of the musicians union of Ghana (MUSIGA), Bice Osei Tuffour a.k.a Obour announced and swears in Appietus with Nana Poku (Da Hammer) who is the Director of hiplife music alongside other appointees at an inauguration ceremony for the newly elected executives of MUSIGA.

The event was held at the auditorium of British council in Accra on December 11, 2015.

BREEZE NEWS spoke to the president of MUSIGA, Obour to find out why Appietus was giving this appointment and whether he was not a threat to his government, he shared this with us saying “we saw that this work was not for one person to do and since Appietus was in our past government we thought it wise to give him the due position which we know he can take care of with his wisdom to help build the union” he said.

He added that “Appietus is no threat at all because I think we have to work to help build the union that’s all”. 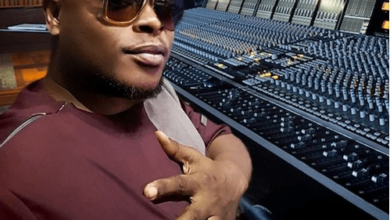 Daddy Lumba – Nana Is A Winner Remix (Prod. by Appietus) I am OK Wth My Dog Meat and Tuozaafi – GES Director