The 59 year old died on Sunday dawn at the Koforidua Government Hospital after a performance in the town on Saturday night.
The Managing Editor of Joy Daddy Multimedia, N. Kweku Solomon who confirmed the incident said it occurred around 1:40 am at the Koforidua Jackson Park.

“We were having a musical concert last night but even though he wasn’t part of the artistes to perform, he requested that we permit him. Initially, we did not want him to perform but he persuaded us and we granted him about two minutes. He performed one song after which he handed over the microphone to the MC.”

“Immediately after that, he started calling for help and those close to him went to help him out. He then fell unconscious and was rushed to the Koforidua Regional Hospital where he was pronounced dead.”

On whether or not the family of Bob Okala has been officially informed, Solomon said, “It was Joy Daddy management that took him to the hospital. Actually he was with his eldest son and so far as he is here, I believe he has communicated to the family. The news is already out there and if they have not received an official call, I believe someone has informed them and they might be on their way here,” he stated

Bob Okala’s death comes just a little over a month after another great comedian Nkomode passed on.

The two were Ghana’s best in the 1990s in the popular Key Soap Concert Party on television.

Bob Okala in one of his performances at the Key Soap Concert Party
He also later diversified and appeared in a few local movies.

Bob Okala was recently part of the selected actors and comedians who marched last Sunday at the 59th Independence Day parade.

Owusu Bempah takes credit for Lawyer Maurice Ampaw's Accident, Says he caused it, He could have killed him if he wanted to... 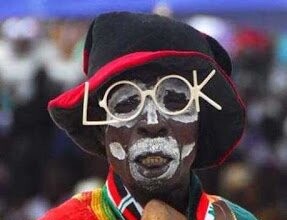 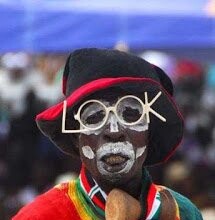