On 23rd October, 2016, we all heard the sudden passing away of Mampi hitmaker, Vybrant Faya. Well, on Sat, Nov 26, he was buried in Tema.

We were all in this country when the late Prez of Ghana, Evans Fiifi Attah Mills kicked the bucket, right? Yes, during his funeral, even his fierce political opponents made it a point to attend his funeral; Prez Kuffour was there, Nana Akuffo-Addo was there, you name it. They all made that frantic effort, forgot about their differences and what have you, and made it to his funeral just to give him a befitting burial.

During the funeral of Vybrant Faya, our musicians decided not to attend the funeral. It was only the likes of Kofi Kinaata, Donzy, Ras Kuuku, and a rep from MUSIGA who were there. Yes, a whole funeral of a musician, not even this fellow dancehall acts were there. Shatta Wale was nowhere to be found, Samini no appearance, not even Stonebwoy who stays in Ashaiman made it to his funeral.

These musicians will wake up the next day and be preaching peace, peace and peace. Common funeral, they can’t put hatred, too-known aside, and attend the funeral of their fellow dancehall act who had passed on, smh. At least, go and spend even 30 minutes at the funeral grounds and bounce off enn, eihh…

On why they didn’t attend the funeral, I’m sure Shatta Wale will come and tell us he was shooting a video, Samini will be like he’s preparing for his SaminiFest concert, Stonebwoy will be like I have a show in the Volta Region, smh

I will not date any celebrity - Berla Mundi My life Is In Danger – Mr Logic 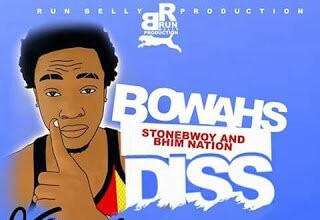 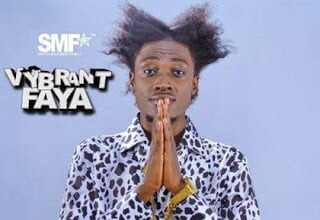