Shatta Wale has allegedly labelled Criss Waddle and his clique as fraudsters (Sakawa), hence his ability to ‘blow’ money anyhow.

The self-proclaimed dancehall king made this statement during his recent ‘part2’ interview on Delay’s show, when the presenter referenced speculations in relation to Shatta being tagged a ‘low spender’ when it comes to living the luxury life.

According to Shatta Wale, he doesn’t spend ‘anyhow’, ‘when I step out people buy stuff for me so I usually don’t even carry cash around’’, he told Delay.

Shatta Wale also labelled himself as someone who isn’t the ‘party type’, he stated that though as celebrities they are usually seen in exotic wheels and what not, the real money may be little so he would rather build and make properties with his earnings.

He further cautioned Criss Waddle and his gang of fraudsters to be careful as his flashy cars and property would be seized if the law should catch up with him.

The dancehall artist also quizzed about how Criss Waddle would account for his properties since it is obvious music isn’t what pays for his lifestyle like himself. 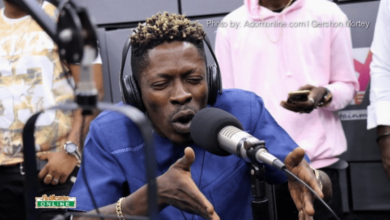