Fox has found its new 24 hero. On the heels of the announcement thatthe network is planning a reboot of its iconic real-time thriller with the new 24: Legacy pilot, E! News can confirm thatStraight
Outta Compton actor Corey Hawkins has landed the brand-new lead role of Eric Carter.

“Strong and smart, Eric came from a very rough background and turned his life around in the Army Rangers,” the official description reads. “Now back home in Virginia with his wife Nicole, he’s pulled back into action as his past comes looking for him.”

Naturally, Eric has to turn to CTU for help saving his life, where he becomes involved in stopping what potentially could be one of the largest-scale terror attacks on American soil.

The total reboot was something of a surprise when it was announced just a week ago during the 2016 Winter TCA Press Tour. 24: Legacy comes on the heels of the successful 2014 event series 24: Live Another Day, which saw the return of series regulars Kiefer Sutherland, Mary Lynn Rajskub, Kim Raver and William Devane, but has no plans to feature any of those familiar faces.

Reggie N Bollie: We Wouldn't Have Been This Successful in Ghana 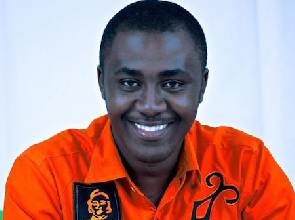