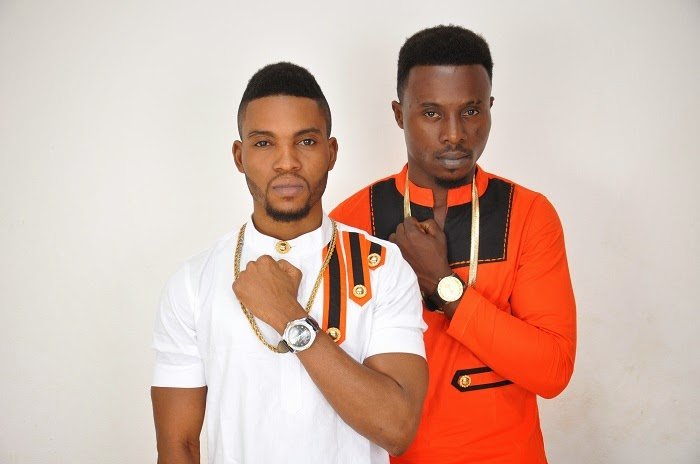 One thing in music that makes artistes easily noticed and marketable is being associated with a particular genre or style of music.

Having realized this, music duo Gallaxy comprising Kwasi Dav and Bra Chiky have decided to do mostly Afrobeat music, a music genre that concentrates on predominantly African rhythms. This is a mass departure from the other well known genres of music trending in the music circles.

Listening to their songs critically, one would notice the streaks of Africanness in them and that makes Gallaxy stand out among the many musicians there are in the world. At least, when being interviewed about which genre of music they do, Gallaxy would be bold to identify with a brand they have created by themselves.

Gallaxy -Kwesi Dav (Vocalist) and Bra Chiky (Rapper) are both beat makers who also write songs for other musicians. They are signed onto Habour City Recordz and have been together as a group for over ten years but three years in commercial music.

Apart from their Afrobeat genre, they also do Highlife sparingly. They have five singles to their credit with BokoBoko (Slowly) being the song that shot them into the limelight.

The Highlife side of their brand served music lovers with an authentic Highlife song ‘Wodo Nti’ which enjoyed massive airplay countrywide and has also featured on most chart shows as against Castro’s ‘Odo pa’. They have been commended for that production because it projected and represented Ghana’s indigenous highlife genre perfectly .Their latest, ‘Highlife Agogo’ is just another unadulterated highlife song playing in clubs and every corner.

Kwesi Dav the vocalist who was also the lead singer was very selective about the kind of words he used to lure his mistress who was expected to ride him ‘slowly’. Pidgin English was the dominant language used in his case.

Bra Chiky the rapper on the other hand, has proved that, he has total control over his choice of words and felt very comfortable in the delivery .He spewed out his wicked ‘punch lines’ as the rap emcees will say.

Gallaxy is very young in the industry but well known behind the scene as good song writers. They have always defended themselves as song writers with a unique style and very selective not to abuse their listeners with their songs .The pedigree can be traced from their previous releases.

If you have ever watched the ‘BokoBoko’ video and compare it to their ‘Wodo Nti’ video .You can see the disparity. Versatility and swag comes to play. Their body language tells the story.

At least every musician must have a foresight. Music is a tool you can use to appeal to your global audience and Gallaxy possesses this. Of course, this is the future.