Actress Vicky Zugah has revealed she has not been able to forgive the driver who nearly killed her five months ago.According to her, all she wants is to see the driver who sped off after smashing her car, leaving her to fight for survival.

“No, I have not been able to forgive the driver who did that to me and I don’t know how long it will take for me to forgive him, all that I want is to see the man who did that and could not stand to even make sure I was okay,” Zugah told Delay on the Delay Show on Viasat 1.

Zugah went on to say that all she intends to do when she meets the driver is to let him know that what he did “was not cool.”

When questioned if her inability to forgive the driver is a sign that, she has an unforgiving spirit, she said: “I do not have an unforgiving spirit. I only think sometimes, people need to feel bad for doing bad and I believe when they feel the pain, it will deter them from doing it to someone else or to repeat such acts.”

In July this year, Zugah while returning home from a movie location at about 2 am had an accident and got her car damaged in the process. The windscreen of the car was damaged with some particles entering into the actress’ left eye.

The accident occurred while she was giving way to a KIA Truck car carrying a kiosk. 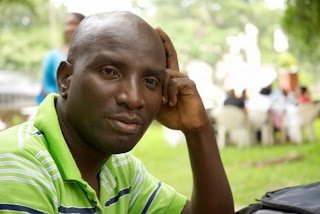