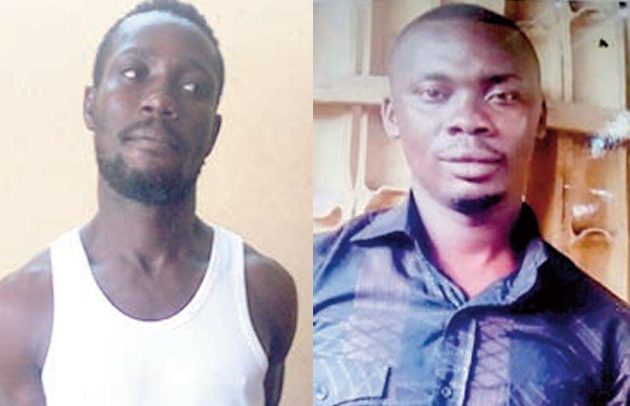 Twenty-five-year old unemployed who was part of a group that allegedly attacked and killed a trader at the Kaneshie Market last year has finally been arrested by the police.

The suspect George Nettey went into hiding after allegedly committing the act.

The incident occurred on September 2, 2015 and Nettey, believed to have allegedly stabbed the trader, was arrested at Adjen Kotoku, near Amasaman in the Ga West Municipality after three of his accomplices were arrested.

The Kaneshie District Police Commander, Francis Somian said in July 2015, Emmanuel Hanson bought an HTC mobile phone from one of the phone dealers at the Kaneshie Market at the cost of GH¢70, but returned it the same day because it was faulty.

The unidentified phone dealer collected the faulty mobile phone from Hanson and asked him to return the following day for his phone.

The phone dealer dodged Hanson for some time until he spotted him on September 2, 2015 at Kaneshie Market and demanded his money.

Other mobile phone sellers, including the deceased, assaulted Hanson in defence of their colleague.

Hanson travelled home to inform Nettey, his cousin and two other friends.

The four went to Kaneshie Market, but the man who sold the mobile phone to him left the scene, leaving behind the deceased and others at the location.

The four launched an attack on the traders who earlier attacked Hanson, and during the scuffle, Nettey allegedly picked a knife from a trader, who was selling cooking wares in the area and stabbed Kodua in the right arm and head.

Some of the traders rushed Thomas Kodua, who bled profusely to the Korle-Bu Teaching Hospital for treatment but he died later.

A complaint was later lodged with the Kaneshie Police which led to the arrest of the three SHS students.

Nettey, upon hearing of the arrest of the three boys, went into hiding to avoid arrest.

Meanwhile, the three students have been granted bail by the court after the docket was forwarded to the Attorney General’s Department for advice.