Kwabena Simon, a native of Sawla in the Northern Region, Wednesday shot himself dead at Bomaa after relatives of his 19-year-old fiancée demanded that he perform the necessary marital rites.

According to the police, Simon eloped with his fiancée, Felicia Tetrah, and settled with her at Bomaa in the Tano North District of the Brong Ahafo Region.
The family of Tetrah’s family, meanwhile, traced the two to Bomaa, with the intent of sending Tetrah back to Sawla to compel Simon to perform the customary rites leading to marriage.

Not satisfied with the turn of events, Simon is reported to have entered his room when the emissary from Sawla was waiting outside, only to shoot himself.

He was found dead in a pool of blood on his bed.

His body has been deposited at the Tepa Government Hospital for autopsy, while a single-barreled shotgun was retrieved from the scene of the incident. 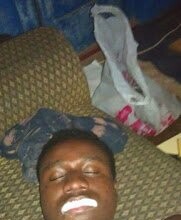