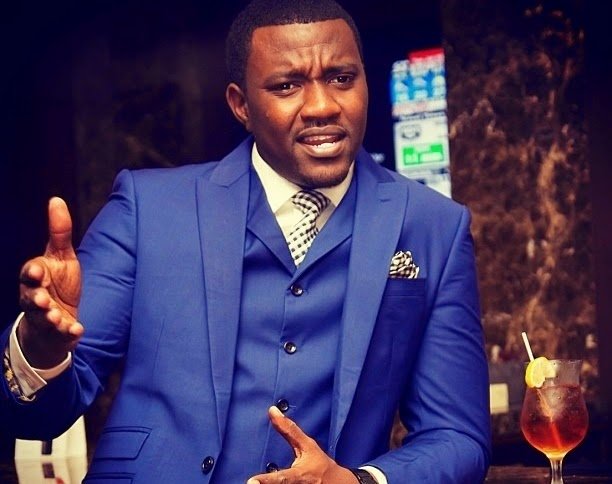 BREAKING: John Dumelo says he has received many insults and death threats following his comments on the economy.
Ghanaian actor, John Dumelo has explained what exactly he said on Accra-based Starr FM earlier this week.
Many Ghanaians have taken a swipe at the celebrity who was reported to have made comments with regards to the power crisis and economic difficulties that suggest he is in bed with the government.

But in a letter he wrote on his Instagram page, on May Day, John said he is not the mouthpiece for any political party and neither is he a representative in the social circles.

The multiple award-winning actor admitted that indeed, he featured in a commercial for the ruling NDC party in 2012, but it was for the love of the country and he was not even paid to do that. According to him, what he said on the radio was a call to give President Mahama time to solve the problems and if by 2016, the problems haven’t been solved, “we know what we will do.”

In the letter addressed to whom it may concern, John explained that he is also going through the difficulties Ghanaians are experiencing, and has even had to lay off some of his workers and shut down two of his companies.

He further disclosed that since his interview was aired, he has received many insults and death threats.

Below is his full, unedited, statement:

To whom is may concern: my sentiments expressed on an accra based fm station have totally been misread and misconstrued. Before I start off, I'm not a spokesperson for any political party neither am I a representative in the social circles. The tapes are there for you to listen. The audio is available for anyone willing to hear exactly what I said on star fm. I said and I Quote" let's give the president time to solve the problems, after all, if by 2016 these problems haven't been solved We know what we will do. Yes I did a tv commercial for the NDC in 2012 because I loved the message they preached. I must state here that it was purely voluntary. I wasn't paid for that and I wasn't expected to be paid for that. I did it for the love of the country. I also said on star fm that if in 2016, any party preaches what will benefit the country I won't mind joining that bandwagon. Be it NPP, Cpp or PPP. I have heard all kinds of insults and threats on my life because my statement was completely taken out of context. I feel what is going on in the country. I have had to lay of 20 of my workers and close down 2 of my companies because of the economic crises. I feel the workers pain. You think I'm happy laying off my workers? You think I'm happy running a company at a lose? I'm not. As at now I still don't have a generator in my house. I sweat at night and I'm sure we all do. Let's give the current gov till 2016 to fix the problems, that's all I said. I feel what everyone else is going through. The problems have to solved for Ghana to move forward. As for the insults and death threats, it's made me a better person. Long live Ghana! #dumsormuststop

Ghanaians wake up! We seriously don't deserve this! - Yvonne Nelson
Mahama is like a kid who is always last in class - Lydia Forson
To Top
By using this site, you agree to the Privacy Policy and Terms of Use *LISTED HERE*