The subject of ‘who the best rapper is’ permeates many music-loving countries that uphold and cherish rap music.

In America, that subject has lingered for centuries; from the days of KRS One to Kool G Rap, to the days of Biggie and 2Pac, Nas and Jay-Z, all the way to Drake and Kendrick Lemar.
In South Africa, the same old matter has been debated over from the days of Zola and Mandoza to the current fierce fight over lyrical supremacy between AKA and Cassper Nyovest.

In Nigeria, the situation has not been different as many have argued over the same old subject from the days of Mode9 and Rugged Man to the present days of MI, Ice Prince, Phyno, Olamide and Reminisce.

From hiplife to GH. Rap, which are all shades of hip hop/rap; Ghanaians love rap music and have strong affinity to the purveyors of the genre.

Over the years, music fans, industry impresarios and pundits have had their fair share of arguments as to who the best rapper is, at a particular season throughout the years.

The strong banter of who commands the best lyrics, best storyline, best wordplay, best punchlines and best delivery among other attributes – compelled Charterhouse and the VGMA Board to inculcate the category, ‘Best Rapper Of the Year’ to the annual Awards, in a bid to settle the argument every calendar year.

With VGMA, the likes of Sarkodie, M.anifest and E.L have all won the category since its introduction – with Sarkodie getting the better of his peers with several awards of the category.

This year, the rap scene has been very competitive and enthralling. Settling on one name as the best rapper of the year could be an arduous task, considering the level of competition and enthusiasm exhibited by all.

However, at the end of the day, one among the under-listed contenders must come up tops; one that has/had lyrical dexterity, confidence, delivery, lyrical clarity, wordplay, metaphor, punchlines and of course, was popular and had the audience appeal.

These are the contenders for the honour, ‘Best GH. Rapper For 2015’ according to razzonline.com; you can agree, disagree or make your own list. well BlissGh.com will be analyzing our own list soon…

The rapper many tout as the best Ghanaian rapper of all time got busy this year, giving some of his younger colleagues a chase for their money.

Banging tunes released this year reminded us that, Obrafour has not lost any touch, verve and lyrical strength in anyway. Indeed, he is still miles apart from many rappers with respect to all attributes connected to rap.

With quality tunes like ‘Pimpinaa’, ‘Nkontompo’ and ‘Aboa Oni Dua’, all released this year, Obrafour stands a very good chance of picking this one.

The reigning VGMA ‘Best Rapper of the Year’ is arguably the most hardworking rapper of the year and he is dead bent on retaining that honour.

He released series of chart-topping singles off his full-fledged hip hop album, ‘BAR 2’, including songs like, ‘All Black’, Ten Commandements’, ‘King Without A Crown’ and ’16 Bars’.

After the release of that album, he is back on the promotion trail, pushing singles off another album, the yet-to-be-released, ‘ELOM’, and already, the single ‘Mi Na Bo Po’ is trending.

It has not been an off-the-top year for Sarkodie. He has arguable one of the best albums of the year, ‘Mary’ but unfortunately, he doesn’t have that single track off that album that reverberated across the country.

However, that shortcoming has done little to stop his ability to ‘spit’ as observed in ‘New Guy’ and songs like ‘Mewu’.
The guy still possesses the same fire that made him win that prize for the record number of times.

He is the peoples’ champion, no doubt. For years, the artist and his followers have tried to convince many rap lovers and critics that, he is the best and this year; he did more than enough to lay a claim to the throne.

With massive tunes like ‘Too Strong’, ‘Mekyeakyea’ and the biggest, ‘Fire Bon Dem’, FlowKing has made such a huge statement of his position in GH. Rap and he could spring a surprise in picking the prize; maybe, it should not even be a surprise.

He is good! You doubt it? Check out his rendition of Sarkodie’s ‘gods of the Spartans’.

In spite of all the superior skills Guru possesses as a rapper, he is always over-looked when it comes to the subject of ‘Best Rapper in Gh.’
Listening to his rap, it clearly tells of a rapper that knows his craft very well, considering how powerful he utilizes his wordplay, punchlines and delivery.
He displays such aptness in songs such as ‘Epic’, ‘Baba God’ and others, all released this year.

He is not relenting on what turned out to be a successful rap year last year, where he won big with great tunes from the ‘Book & Rhymes’ album.
This year, he has shown his stellar rap skills on songs like ‘Angels &Demons’ and his commercial hit song ‘Nyedzilo’.
Just like Sarkodie, Obrafour, Guru and the other contenders, Edem spews some interesting bars in his indigenous language, Ewe, but it is just a matter of time before he elevates from ‘The Best Ewe Rapper’ to the ‘Best Gh. Rapper.’

The one-time winner of the VGMA ‘Best Rapper’ category is also spouted by many rap experts as Ghana’s best rapper after Obrafour.
This year has not been as vibrant as the previous years, but, he still exhibited high level of rap skills on songs like ‘Forget Dem’, the Coptic-produced ‘Keep Shinning’ and the recently-released ‘W’ani Aba’ 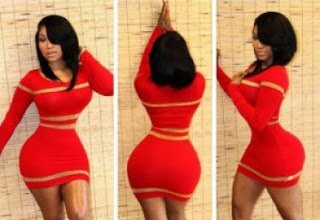 Reasons Why Curvy Women Are Best In BED