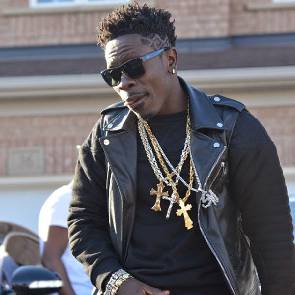 “I don’t call myself Dancehall King anymore. I’m now Dancehall Champion…Stonebwoy should take the title and keep walking with it in Ashaiman…”

This was Shatta Wale’s comment when host of The Delay Show on Viasat1, Deloris Frimpong Manso, posed a question to him.

Shatta Wale made an appearance on this week’s edition of The Delay Show, and made some very damning comments about several artistes, including fellow Dancehall act, Stonebwoy.

Shatta told Delay that when he sees Stonebwoy trying to rub shoulders with him now, it’s as if he has money now to he wants to be at the same level with someone who used to be his boss.

According to Shatta Wale, Stonebwoy used to come to him when he (Stonebwoy) started Dancehall.

Shatta cited an interview on TV where Stonebwoy was asked to name artistes who helped him while he was coming up, but his name was not mentioned. “I was like ‘No, don’t do that’.

And that day, I had my Bible…I was like ‘don’t do that’”, Shatta Wale stated.

Responding to a show organised at Labadi Beach that saw Stonebwoy being crowned Dancehall King, Shatta Wale blamed organisers of plotting against him. “Everybody who was there saw it. It was a plot.”

He quickly added “Ok…you’re a Dancehall King, take it. As for me, I need money to put in my pocket.”

When Delay pressed further to find out whether Stonebwoy did win the title as Dancehall King, Shatta Wale replied “Nobody accepted that he won it.” Pressed further, he finally said he left the venue, so he didn’t know that Stonebwoy won.

Shatta Wale further argued that Stonebwoy can never be competition to him. “As for Samini, he’s my friend…Olu (Old man), he’s a veteran.” 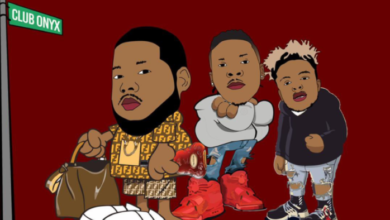