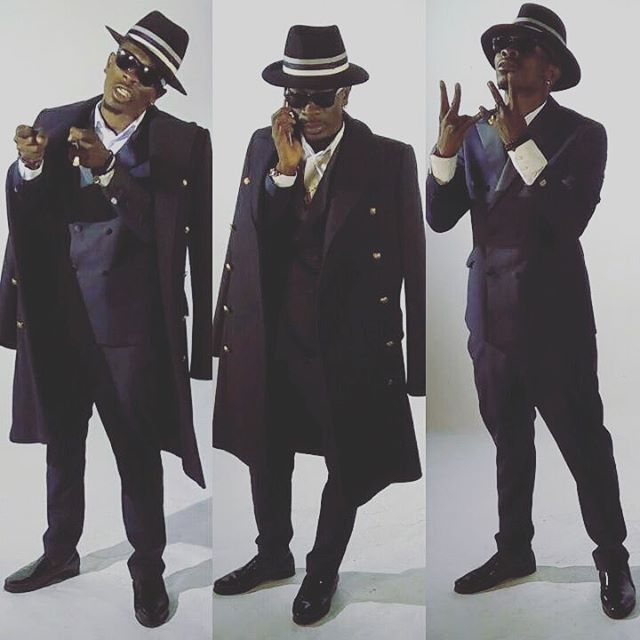 Shatta Wale has said anybody who compares him to Stonebwoy and Samini is ‘a villager, a fool, and an individual who has no brains’.

According to him, they are different people who cannot be compared on any grounds because there are things that he does that these guys do not and cannot do.

‘Africa’s Dancehall King’, Shatta Wale admonished his fans and followers to know who they are in God because that is the only recipe for success in life.

The artiste who went live on Facebook this morning advised that his followers should forget about people with the pull him down syndrome because giving them an opportunity in one’s life will lead to failure.

Quoting Psalm 35:8, he indicated that whatever his fans set their mind to they should work at it because the negative thoughts of people cannot rule their lives and that those who plot their downfall will be struck by destruction.

“If you want to make it, just set your mind to it and work hard at it and leave the rest to God and he will bless you with all that you want. I have bought ten cars and I have built houses because God is at work in my life so I don’t give space to people who have negative thoughts.”

Shatta Wale impressed on his followers to always think positive about others and have faith in God because, without his help, they will be nobody and will suffer for the rest of their life.

“Some people don’t think positively so nothing positive can come out of their lives. They do not have faith in God so they cannot make it in life. Surround yourself with positive thoughts and your life will be successful.”

He promised to buy a new car for one of his loyal fans calling for a challenge from artistes he is being compared to to do same for their loyal fans.

He mentioned that there is a host of hypocrites in Ghana’s entertainment industry who will always pray for the downfall of artistes alleging that “some people in the industry met when the Kwaw Kesse was imprisoned and they said if it was Shatta Wale they would have paid for him to be imprisoned.”

He indicated that he never has a problem with Samini but the back and forth is all about a strategy to get the music industry very active and lively in order to make it lucrative for the teeming youth who have similar talents hence cautioning people against taking things personal.

Watch the video below.