For the naysayers out there who believe that there is a sharp division in the P-Square family, this is for you.

The talented brothers re-united on the set of the hottest reality show in Nigeria at the moment, Glo Dance With Peter, where Paul served as a guest judge.And when asked what has been responsible for their success over the years, Paul said, ‘God made it possible. There’s also this thing about P-Square; we take our career serious. It started as fun, but it became business, and later, it became about the fans.

“Yes, we’re super stars, but you’re not a super star without super fans. We don’t have any competition; we only compete with ourselves. If you’re competing with P-Square, you’re wasting your time.’

And to show his support for his brother, no sooner had Paul sat on the Judges’ corner of Glo dance With Peter, than he said, ‘I’m proud of this dude (Peter). When he brought up this idea of Dance With Peter, I doubted initially, but he stuck to his guns, and look at where we are now.’

It should be recalled that Peter had also recently stated that the next phase for the brothers would be Sing With Paul. 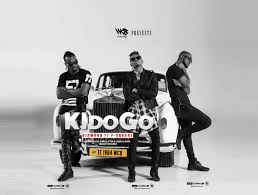